Blood at the Root Study Guide 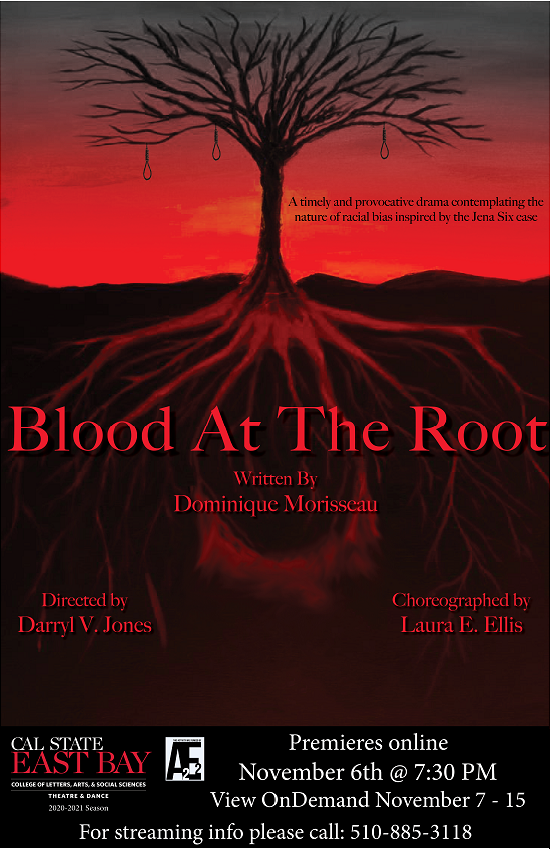 Welcome to the Blood at the Root Study Guide. This guide is meant as an open-source series of gateways into learning about the play, the themes it addresses (racism, white supremacy, police misconduct, criminal justice, and others,) and the context for all of this within United States culture.

It is not necessarily a comprehensive resource list, but rather an online community site to engage with ideas, materials, and other people. We will be adding to the site throughout the semester as we lead up to the premiere of Blood at the Root in early November, 2020. Please let us know if there is something you'd like to see here that is missing, or something you'd like to add. We look forward to connecting with you through this study guide.

For more information about viewing the online Blood at the Root production, which opens Nov. 6th:

For questions, ideas, suggestions, and/or submission of additional materials for this study guide:

To view and/or participate in the “Healing the Trauma of Racism Altar” projects: https://www.csueastbay.edu/theatre/healing-the-trauma-of-racism-altar-project.html 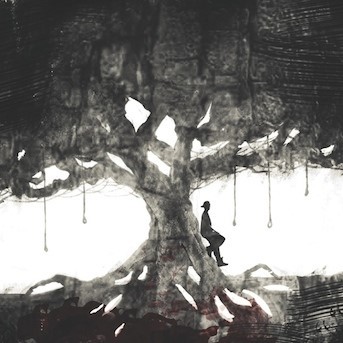 You will be given two options for tickets. The first option will be to purchase tickets for the viewing of the opening night performance of Blood at the Root Online, on November 6th at 7:30pm.

The second option will be to rent the video On Demand from November 7th to November 15th. You will have a 48 hour time rental to watch the rented online production.

Once you puchase your ticket, ShowTix4U.com will send you a link to click on watch our performances online.

Tickets are priced as followed:

$20 for Multi Viewers in one home.

BLOOD AT THE ROOT. A striking new ensemble drama based on the Jena Six; six Black students who were initially charged with attempted murder for a school fight after being provoked with nooses hanging from a tree on campus. This bold new play by Dominique Morisseau (Ain't Too Proud, Sunset Baby, Detroit '67, Skeleton Crew) examines the miscarriage of justice, racial double standards, and the crises in relations between men and women of all classes. Moving, lyrical, and bold, Blood at the Root probes the complexities of race, individual freedoms, and what justice means when biases have been normalized.

When the central character, a black female student named Raylynn, decides it's time for a change in her high school, she sits under a tree around which only white students regularly gather. In response—as was the case in Jena—nooses are subsequently hung from that tree, causing many black students to erupt in protest. Things come to a head when six black students, including Raylynn's brother, attack a white student and are brought up on trumped-up charges.

“This is the second Bay Area premiere of a play by Dominique Morisseau that I’ve directed here at CSUEB.  The first one was Follow Me to Nellie’s which we premiered in 2013. Following in the footsteps of Lorraine Hansberry and August Wilson, Morisseau has dedicated much of her professional work to setting the record straight regarding important moments in American History that focus on Black Lives. I take particular pride in her accomplishments, because I taught her as an undergrad in the Theatre Department at the University of Michigan. Even then she displayed a keen interest in celebrating Black pride, joy and the indomitable spirit to overcome adversity. “ - Darryl V. Jones