In this Subject Guide, you will find Anthropology Resources to get you started on your research.

This guide provides information on important resources available from the Cal State East Bay Libraries and on the World Wide Web. 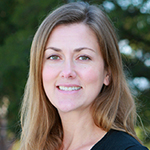