Graphic Shortlist of Past Exhibits in the CSUEB Libraries

Exhibit celebrating the past 60 years of Cal State East Bay.

February 2017 marks 75 years since presidential Executive Order 9066 forcibly removed over 100,000 Americans of Japanese ancestry from their homes and businesses, and placed them in concentration camps at the start of World War II. Discover how this unconstitutional abuse of civil rights happened, and, more importantly, help recognize the efforts made over the past 70 to prevent it happening again.

The University Libraries celebrate the 50th Anniversary of Black Panther Party for Self Defense, and its founding in the East Bay. Discover how a few committed students at Oakland's Merritt College founded an organization that grew into a powerful social movement that came to have profound influences, nationwide.

The Library was pleased to partner with the CSUEB Office of Diversity, Leadership and Employee Wellness to produce this supportive exhibit showcasing the various authors and activities being offered this year in the CSUEB Week of Inclusive Excellence.

You may have heard the term Young Adult Literature – sometimes simply called YA.

Did you know that YA is an especially hot market right now, riding a veritable renaissance of novels and stories aimed at young adult readers? It is having a profound effect in Hollywood as well, with movies like The Hunger Games, the Divergent Trilogy, and the Harry Potter films.

Come to the CSUEB Library this Spring and Summer Quarters to discover just how influential and widespread this trend is, what it means, and how it began.

This exhibit – produced by the CSUEB Office of Sustainability and the University Libraries – chronicles the events that led to a developing awareness of the environment within the U.S. in the latter half of the 20th century.

The aim of the exhibit is to show the growing importance of Earth Day as an annual observance in keeping environmental awareness front and center in the public consciousness.

Perhaps you've heard the term "Artists' Books" and want to know what it refers to; or maybe you are curious about books in general, or ways in which they can relate to artistic expression. In either case, you should definitely check out this year's Artists' Books Exhibit.

Little-Known Facts About Your CSUEB CAMPUS

Want to find out just how much you really know about your Hayward Campus? Come to the CSUEB Library on the Hayward Campus to find out! An interesting and unique exhibit can be found on both the Lower and Upper-Mall levels, on the walls and in display cases. We bet you'll find more than a few things you never knew about CSUEB.

The University Libraries showcase student involvement in campus life over the decades. On our walls, and in display cases during Spring and Summer Quarters in 2015, you can catch a glimpse of the types of activities that have been driven by student participation in campus life. Campus protests, clubs & organizations, and a counterculture newspaper from the 1960s are among the stories featured.

Now, after decades of innovative ways in which artists worldwide have adopted Artists' Books as a form of expression, CSUEB students still surprise and impress with their own, local efforts. We urge you to stop by the library in the coming weeks to view many of these hand-built and freshly imagined books first-hand.

This exhibit represents a joint effort by the CSUEB University Libraries and the CSUEB Department of Environmental Health and Safety. The core of the display commemorates the 25th anniversary of the October 1989 Loma Prieta Earthquake that caused widespread damage in the San Francisco Bay and Santa Cruz areas.

Running from April through August 2014, the Bay Poets Collection Exhibit focuses on one of the University Libraries’ many Special Collections, giving students, faculty, and staff a glimpse into the fascinating publications, broadsides and manuscripts that make up this unique resource. Included are many colorful covers and broadsides from dozens of Bay Area poets from the mid-20th century.

Stop by the Library in the next few weeks to see what your fellow students have been doing in CSUEB's Introduction to Bookmaking course offered by the Art Department. Created by Dr. Michael Henninger, the course focuses on the creation of hand-crafted books whose form - as well as content - express the message of their student authors.

Born in 1886 in San Francisco, Dr. Henry Hersch Hart was a prominent history scholar and anthropologist. For this exhibit, Hart's collection of materials from his life and travels provide a fascinating glimpse into another time. Co-themed with the subtitle Exploration & Discovery, components of the Hart Exhibit focus on his collections, including a 17th-century Jesuit Atlas of China, and his extensive collection of materials relating to Marco Polo.

Who Was Alexander Meiklejohn? Why Does Meiklejohn Hall Bear His Name? Ever wonder about these questions? Well, now is your chance to answer them! Come to the Upper Mall elevator lobby in the CSUEB Hayward Campus Library and discover why the world-renowned academic - the 93-year-old Meiklejohn - made the trek to the new Hayward Campus to give a speech in 1964.

The Pulp Magazine Collection exhibit showcases CSUEB’s large collection of the inexpensive popular “Pulp” magazines that sold wildly between 1900 and 1950, and were a prime source of fiction-based entertainment. The story of their development and examples of authors and artists are shown in 24 large-scale wall posters.

Using photographs, archival materials, and artwork supplied by the Theatre & Dance Department from the past half-century, this display showcases various themes that are key to the heritage of the department. Among the themes explored are, Theatre and Musical Theatre, Dance, Technical and Design, Performance History, Building History, and Beyond Entertainment.

While the larger story of the U.S. government’s response -  “relocating” (essentially, imprisoning) 100,000 of its own American citizens of Japanese descent in remote camps throughout the country is fairly well known - it is less well known that a large number of those relocated were “collected” in downtown Hayward in May of 1942.

A hanging exhibit of framed children’s art from around the world graces the Library Director’s Alcove on the Upper Mall, near the Library Administration Office. Started by Char and Rudy Pribuss over 30 years ago, Paintbrush Diplomacy is an active non-profit organization that has sought out, sponsored, and collected children’s art from just about every corner of the globe, including artwork from kids from behind the former Iron Curtain during the Cold War.

The Heritage of Afghanistan

Travel briefly back through 2,000 years of Afghanistan's history the next time you visit the Library. During the Spring Quarter 2011, you can view artifacts, documents, and illustrative timelines designed to give you an overview of this significant region within the Middle East. You may come away with a completely new perspective on the high culture of Afghanistan.

Hidden Gems of the CSUEB Campus

Produced to coincide with the 50th anniversary of the Hayward Hills campus of the current CSUEB (then known as California State College at Hayward when it opened for classes here in 1962), this new, playful 22-panel wall exhibit seeks to answer numerous obvious – and often odd – questions about our campus and its history. Partial precursor to Little-Known facts About Your CSUEB Campus Exhibit (2015)..

The Synchronological Chart of Universal History

View this 23-foot visual marvel of the Victorian imagination, originally published in 1877. The "chart" - what we today would term a "timeline" - traces human history from a specific date in 4,000 B.C. as determined by Biblical scholars of the time, and attempts to unravel the complex threads of the Old and New Testaments, before merging into a secular record of various world empires and leaders, right down to U.S. President Garfield in 1877!

Charles Darwin, the famed 19th-century naturalist who brought about a revolution in the sciences - and who effectively changed the way we all look at our world - was born February 12, 1809. We invite you to visit our display on the second floor of the Library in the Upper Mall Gallery between February 12th and August 31st.

To launch our Lincoln commemoration, CSUEB Professor Emeritus Gerald Henig will give a free talk entitled, Lincoln: The Uncommon Common Man. This special event will be in the Biella Room of the University Library. Professor Henig is the recipient of numerous “Best Instructor” awards over his 39 years of teaching at CSUEB. He has authored numerous books and articles on Lincoln and the Civil War.

In 1882 Congress passed the nation’s first immigration legislation – a law to prevent people of Chinese descent from entering the United States. This exhibit – produced by the Chinese Historical Society of America – explores the Exclusion Act from its origins, through its full repeal in 1968, the civil rights struggle of Chinese Americans, and the historic importance of habeas corpus in the Chinese American community. Part of the The Chinese-American Experience California Exhibit Festival.

This exhibit – produced by the Angel Island Immigration Station Foundation – chronicles the experience of thousands of Asians who came to America between 1900 and 1940. Ferried from ships to the isolated Angel Island Immigration Station in San Francisco Bay, they were greeted by an America far different from the land of opportunity that many called “Gold Mountain.” Part of The Chinese-American Experience California Exhibit Festival.

For the third straight year, current and former CSUEB students of Asian and Pacific-Islander descent share their artwork with the campus community. Previous years’ shows have been especially well-received, and have highlighted the diverse personal, immigration, and other experiences of these student artists. Part of the The Chinese-American Experience California Exhibit Festival.

This exhibit uses many unique and beautiful artifacts to illustrate the depth and breadth of Chinese high culture over many centuries. Its centerpiece is a beautiful, large kwan-yin statue of carved ivory, but also includes many smaller items, including bi-disks and other artifacts from over the centuries. It gives a glimpse into the cultural background that Overseas Chinese brought with them to California and other points around the globe in the 19th century. Part of the The Chinese-American Experience California Exhibit Festival.

Ghosts of the Dam

This exhibit presents materials collected from a CSUEB archeological site of the Lake Chabot Dam in Castro Valley. Originally the subject of a C.E. Smith Anthropology Museum exhibit in 1993-94, this updated (2008), student-produced display serves as a window into the conditions of Chinese immigrants to California in the years immediately preceding the passage of the 1882 Exclusion Act. Part of the The Chinese-American Experience California Exhibit Festival.

As part of a campus-wide effort to celebrate the university's 50th anniversary in 2007, the CSUEB Libraries committed to producing a series of large, free-standing exhibit panels on the subject. Designed as the centerpiece to other materials in display cabinets and on the library walls, the entire exhibit also acted as a backdrop to a formal CSUEB faculty reception hosted by the Library held on September 27, 2007. 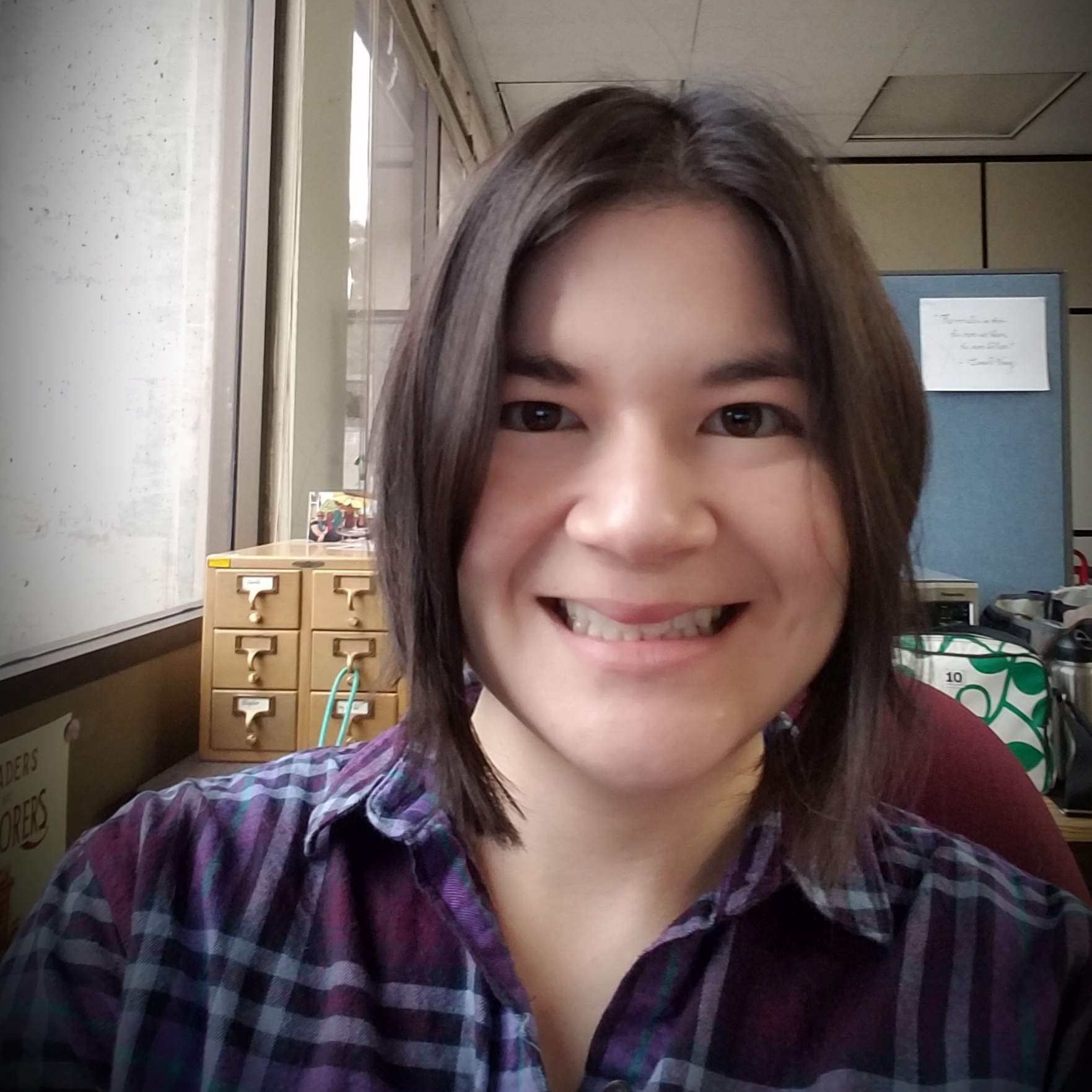 Links to Exhibits in the Library

We invite you to visit our new Current Exhibits guide!

More information about past exhibits: