Festival of 6 coordinated exhibits illuminating various aspects of the Chinese and Asian and Asian Experiences in California.

- Remembering 1882: Fighting for Civil Rights in the Shadow of the Chinese Exclusion Act, produced by the Chinese Historical Society in San Francisco;

Each of these exhibits consists of numerous large, free-standing graphic banners that illustrate various aspects of the Chinese immigrant experience in America in the 19th and early 20th centuries, with a special focus on the treatment by the American "host" culture that made the effort to attain full citizenship such a hard-won experience.

The Library has invited the participation of other campus groups to illustrate specific aspects of Chinese Experience in California theme:

- Professor George Miller of the CSUEB Anthropology department is coordinating a large student-produced exhibit entitled Ghosts of the Dam: The Chinese Laborers Who Built Lake Chabot;

- Curator Lanier Graham of the University Art Gallery is producing a display that portrays Chinese high culture from 200 B.C. to the 20th century;

NOTE: Credits for individual participating exhibits are listed in the Guides for each.

Wall Posters for This Exhibit 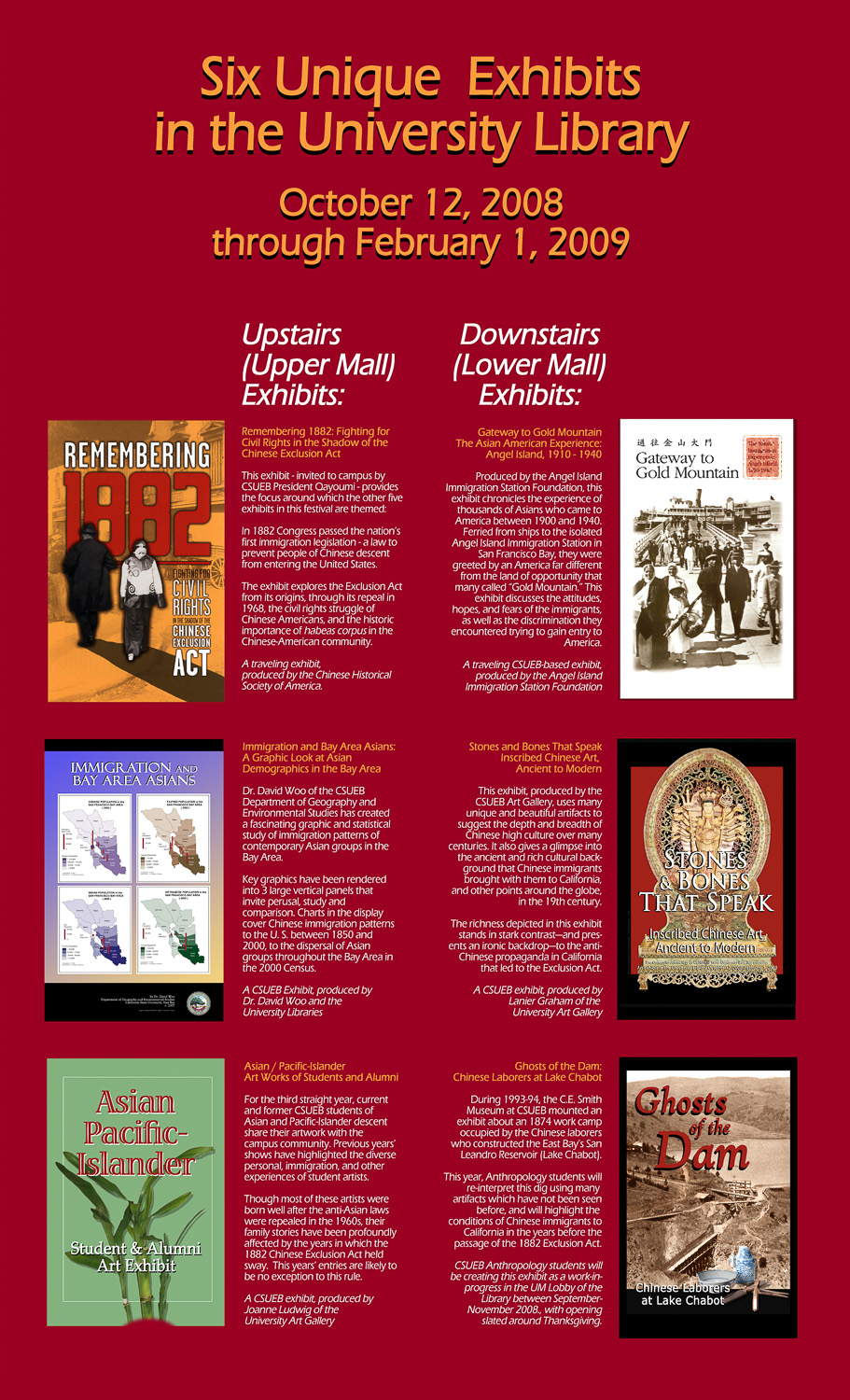 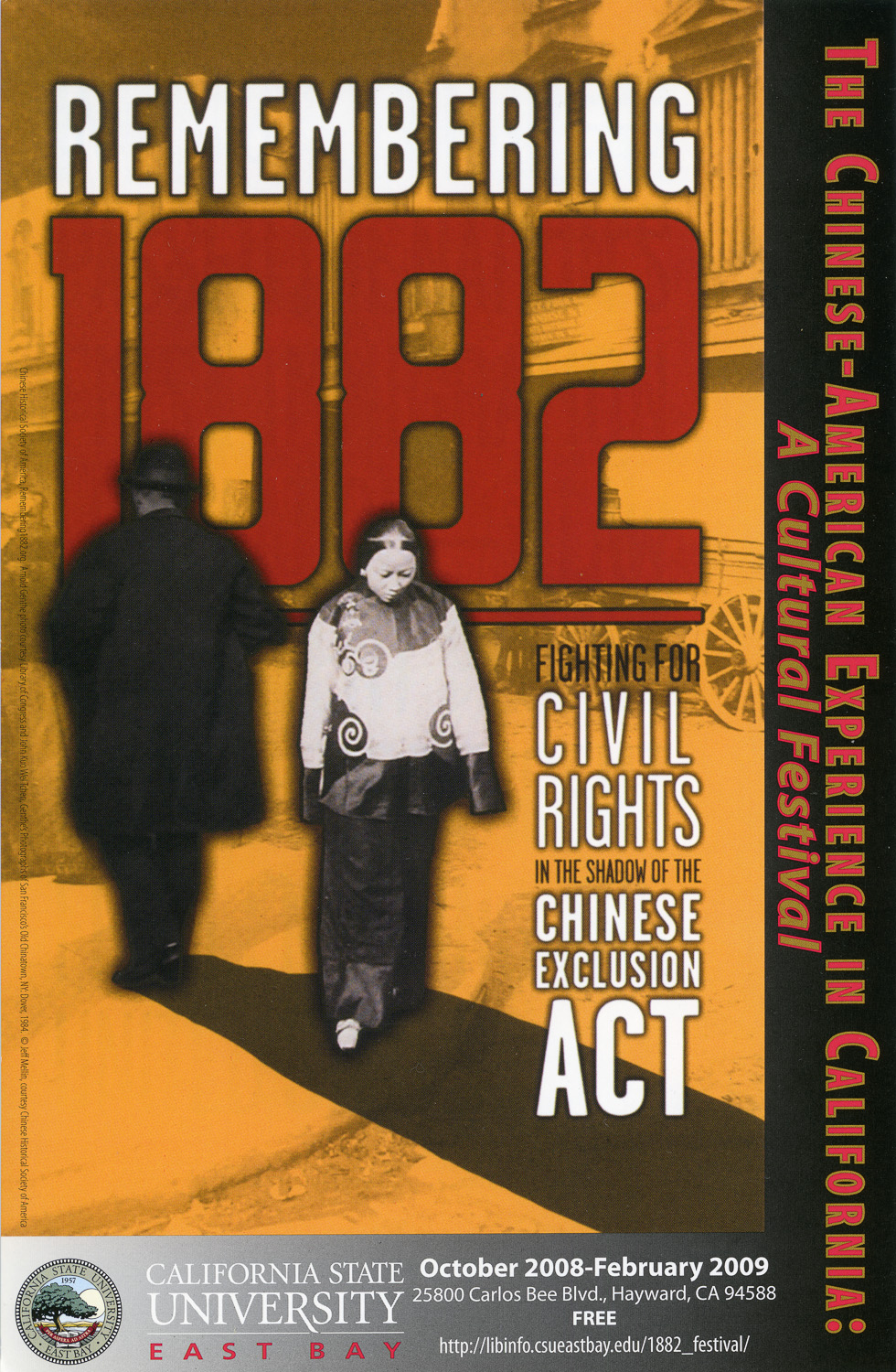 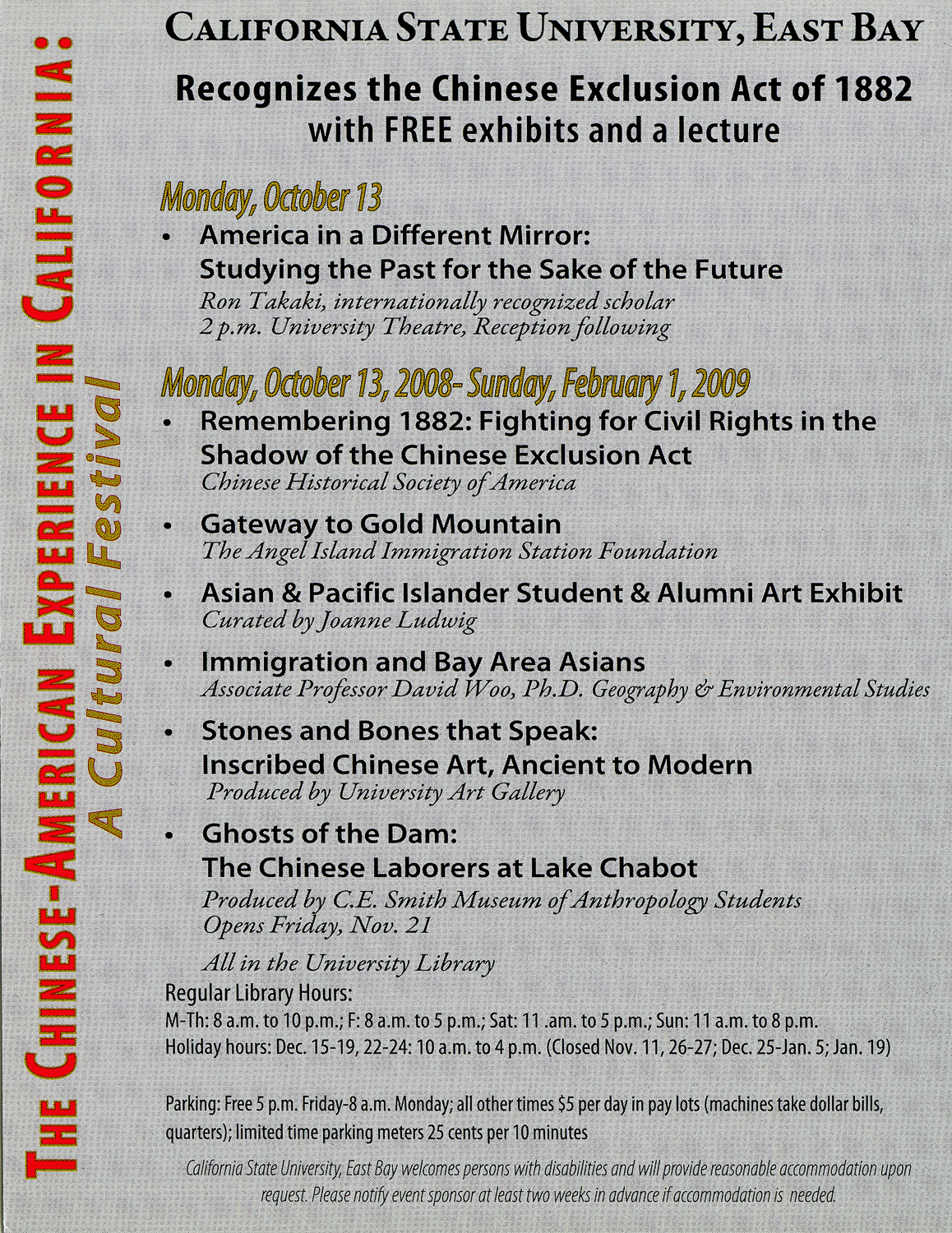 Six-in-One Exhibit Takes Over the Library!

As you can discern from elsewhere on this page, in 2008 the CSUEB Libraries invited 2 traveling exhibits and 4 CSUEB departmental players to participate in this unique festival centering on the Chinese Experience in California.

What is not so clear is that - at one point when all the exhibits were finally up - they seemed to overtake the library itself:

To make sense of it at this remote date, we recommend you visit the various component exhibits listed below or under the Past Exhibits tab at the top of this page.

You can link to new LibGuides for individual exhibits in this festival (as the Guides become available, links will be activated):

Hope you enjoy what you see!