Major CSUEB Library exhibit outlining the history and current trends in the popular literary genre known as Young Adult - or YA - Literature.

So, Just What IS Young Adult Literature? 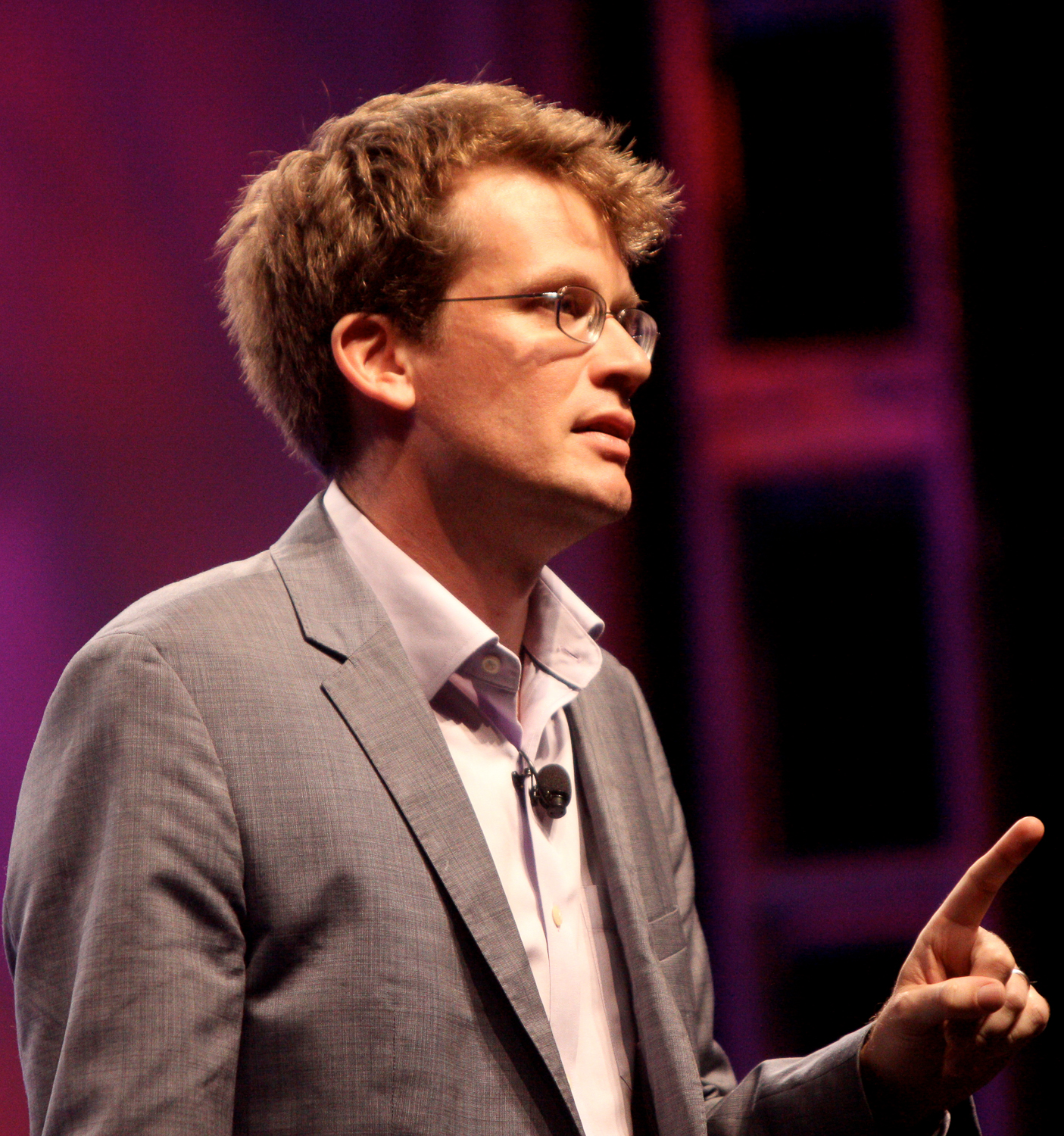 Come to the Library
to Find Out!

You may have heard the term Young Adult Literature - sometimes simply called YA.

Did you ever wonder what, exactly, these terms mean?

Did you know that YA is an especially hot market right now, riding a veritable renaissance of novels and stories aimed at young adult readers?

Come to the CSUEB Library this Spring and Summer Quarters to discover just how influential and widespread this trend is, what it means, and how it began.

Please note that the text on this page comprises that of the entire exhibit where available.

There may be additional information on other pages within this exhibit's Guide that expands on the production, as well.

Together, the text from these two sources comprise all the information covering this topic.

Full Text of This Exhibit

Poster #1:  What is Young Adult Literature?

YA, or Young Adult, is an overarching term that encompasses novels that are written primarily with a teenage audience in mind. YA is akin to an umbrella within which many other genres are represented, such as: realistic dramas, science fiction, fantasy, mystery, thrillers, and romance. While YA started with a teenage audience in mind, in the last two decades YA novels have seen an exponential increase in popularity with both teen and adult readership.

No matter what genre is your favorite, there is a YA book for you! Check out the other posters in this exhibit for example titles that you can find in the CSUEB library collections to read.

Literature for teenagers has a long history stretching back far before the popularity of The Hunger Games and Twilight. Early novels for young adults in the 19th century focused on adventures such as The Swiss Family Robinson (1812) and Alice in Wonderland (1865) and on “rags to riches” narratives such as the books by Horatio Alger, Jr. (1860s-1870s).

A turning point for young adult literature came in 1967 with the publication of The Outsiders by S. E. Hinton. This novel introduced darker themes such as gang violence and family dysfunction that are seen in contemporary works. More novels continued to be published throughout the next two decades leading to the renaissance in the mid-1990s.

Poster #3:  Birth of the YA Renaissance

With the popularity of the Harry Potter books, J. K. Rowling smoothed the path for other YA series to published, her success demonstrating the existence of a large, book-buying audience for the genre.

Poster #4:  The Current YA Renaissance

The popularity of YA literature has continued to explode in recent years. A number of series, including Twilight by Stephenie Meyer and The Hunger Games by Suzanne Collins, have become world- wide publishing phenomena keeping the genre in the spotlight. Diversification, both in terms of authorship and themes, has enabled YA literature to grow with and speak to a wide readership.

Whether you love fantasy (ex. Prophecy by Ellen Oh), steampunk (ex. Leviathan by Scott Westerfeld), or realistic fiction (ex. Will Grayson, Will Grayson by John Green and David Levithan), you will find a book to fit your tastes.

Poster #5:  Popular Themes in YA Literature

The best YA literature allows readers to explore challenging ideas and issues woven through the story’s theme. Current popular themes such as: the search for identity as part of and apart from family, sexuality, mental health issues, violence, and justice permeate popular novels. These themes can push readers out of their comfort zone while at the same time providing support in the realization that others have gone through the same challenges.

Check out some of the titles pictured above from the CSUEB library collection to explore these themes through the novels and see which resonate with you.

Two of the most enduringly popular thematic elements in YA literature are dystopian worlds and the Hero’s Journey. Dystopian worlds give a place to explore many of the popular themes in settings that may be fantastical, but are no less relevant to today’s readers and include books such as Divergent, The Giver, and The City of Ember.

The use of the Hero’s Journey connects today’s YA literature to past works for teenagers and children that also focus on a call to an adventure that challenges and changes the protagonist no matter the setting. Parallels can be seen between the quest of Bilbo Baggins in the fantasy, The Hobbit (1937), and the journey of Katniss Everdeen in the dystopian, The Hunger Games (2008).

Fantasy and science fiction are two popular genres that allow readers to travel to unearthly worlds and journey to the far reaches of the galaxy. Like dystopian worlds and the Hero’s Journey, fantasy and science fiction novels provide a link to the past as enduringly popular forms in YA literature. From Alice in Wonderland (1865) by Lewis Carroll to Ender’s Game (1985) by Orson Scott Card to Pantomime by Laura Lam (2013) to Library of Souls by Ransom Riggs (2015), the popularity of science fiction and fantasy novels has not dimmed. The current renaissance in YA literature has only increased their readership and you can find many examples in the library’s Just for Fun Collection.

While the current explosion of publishing and reading YA literature has brought with it many positives, it has also highlighted the continuing need for literature to more realistically reflect diversity in all its many facets. Author Ellen Oh, along with the support of other authors and book lovers, started the We Need Diverse Books campaign to raise awareness of the great need for more diversity in literature, including children's and young adult books.

Use the hashtag #WeNeedDiverseBooks on social media to share your reason for why we need diverse books. To find out more about We Need Diverse Books, visit http://weneeddiversebooks.org/

Poster #9:  The Hollywood YA Connection

With its continuing popularity and wide readership, it is no surprise that YA literature has caught Hollywood’s attention. Multiple series have been adapted into blockbuster films including Harry Potter, The Hunger Games, Twilight, and Divergent. Standalone novels have also been adapted successfully to film, and include The Fault in Our Stars, Nick and Norah’s Infinite Playlist, and Stardust.

If you liked the movie, you might love the book. Check out some of the titles in the CSUEB library collection that have been made into movies to find a new favorite read.

Horatio Alger (1832-1899) was a writer of fiction for adolescents. His novels have a similar theme or plot line: A young boy rises from poverty to fortune through perseverance and hard work. This rise from rags to riches was repeated so often in these wildly popular novels, that it became known as the “Horatio Alger Myth.”

Alger’s commercial success came in 1869, with the first of his Ragged Dick novels. Dick was typical of the protagonists in most of Alger’s stories: a young adolescent - poor, but intrepid and honest - whose efforts to better himself bring him to the attention of a mysterious benefactor. The message underscores contemporary Victorian values of hard work and morality as the avenue to success.

Mark Twain was the pen name of popular author Samuel Clemens (1835-1910), whose novels Tom Sawyer (1876) and Adventures of Huckleberry Finn (1885) deal with childhood and adolescence growing up along the banks of the Mississippi River in the pre-Civil War American South. Huckleberry Finn is a sequel to Tom Sawyer, and is narrated by the character Finn, a friend of Tom Sawyer, using everyday language of the times (vernacular). Criticized in the 19th century for its “coarse” language, Huckleberry Finn came under fire in the mid-20th century for perceived racial stereotyping and slurs, although a case can clearly be made that the main character and the message of the novel are, in fact, anti-racist. Huckleberry Finn has long been regarded as one of the Great American Novels.

Wall Posters for this Exhibit